The ongoing plan to re-locate my workshop is going well, if not slowly with preparing a new space. This gives me a chance to ‘start again’ and think differently about how to lay things out especially bearing in mind the last 2 years of activities in Bristol and what I spent most time doing. The key thing this time around is to store effectively and create as much ‘open space’ as possible for actual shooting of sets, ideas and studio experiments. The printers are key instruments as are viewing and manual handling tables, but the essential format is a space surrounded by work/storage/process machines. There will be a need for a lighting overhead system and  fixture points. 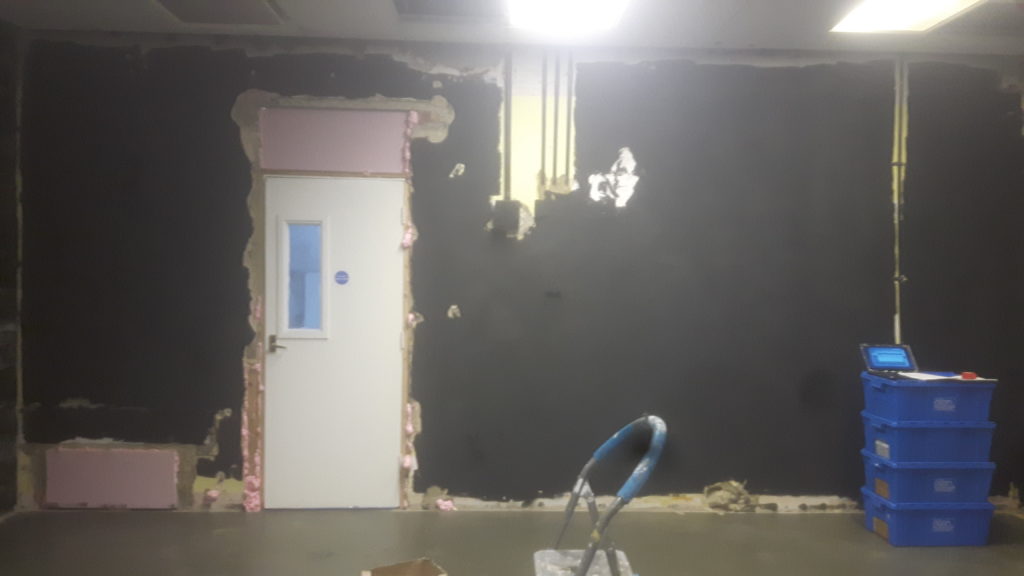 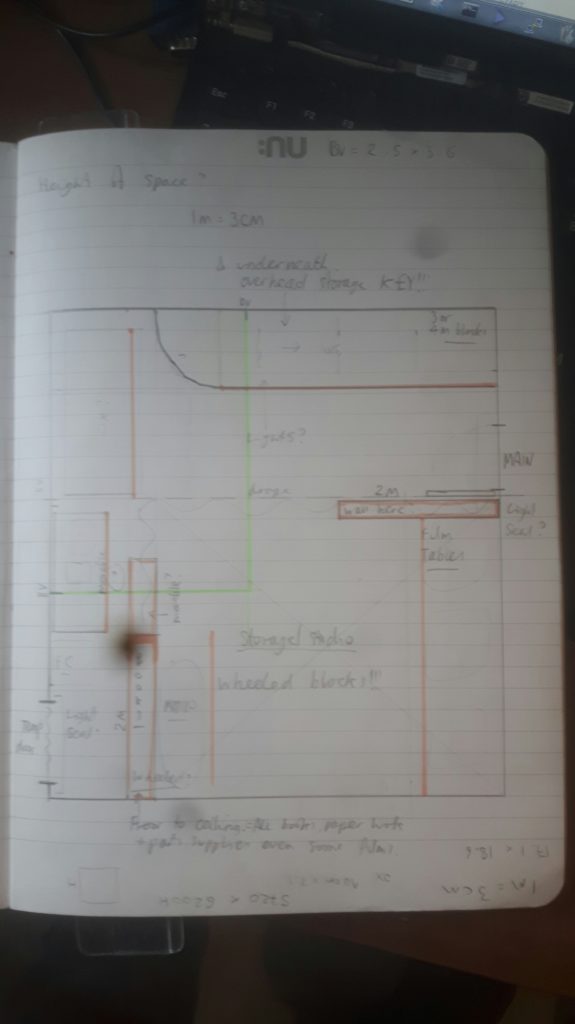 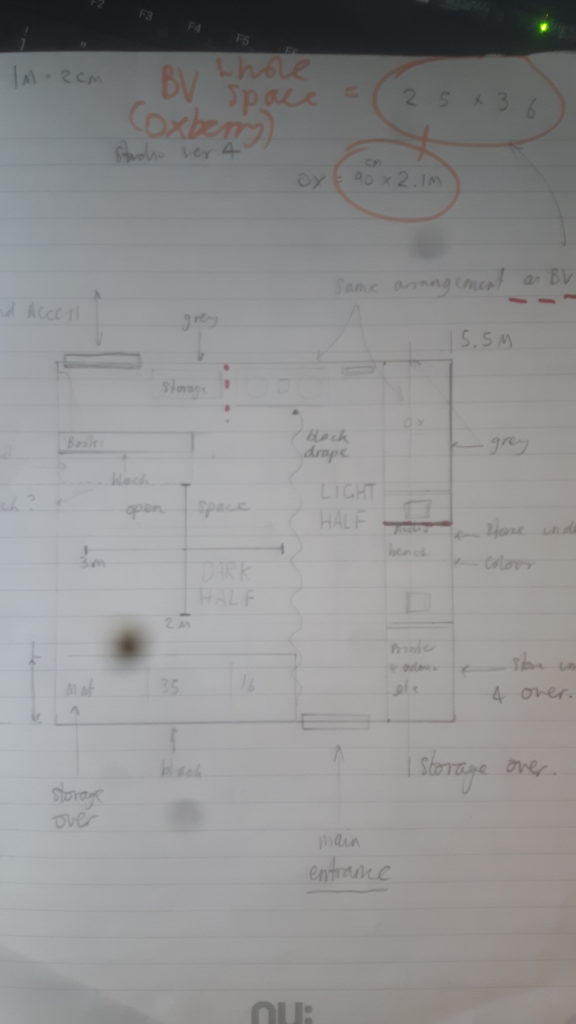 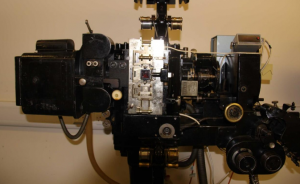 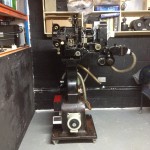 As an inaugural project we want to commission Artist, Designer and Musician David Hopkinson to design a universal leader for 35 and 16mm.

More on this to come over next few months. 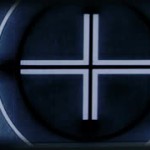 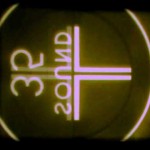 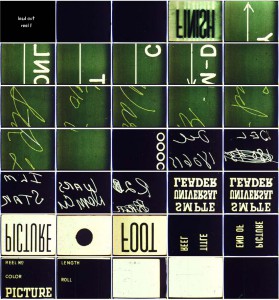 The 2K format is  given as 2048 x 1556 because its based on ‘Open Gate’ scanning of 35mm film. So that is the most width and height frame its possible to expose, as in a silent period film and therefore has no room for the optical soundtrack along the edge. In full 24.89mm x 18.6mm. see picture 1 and 2 below.

NOW, our project will expose in this frame, 2048 x 1556 BUT the area normally used by the optical soundtrack will still be employed for that purpose and sound will (could) be generated by graphic waveforms etc. If you consult the geometry diagrams above you can see that FULL width exposure of a frame can be 24.89mm as in Super 35mm, a format that does the same thing Super 16mm does, expose onto the area used by the optical soundtrack. A format like Widescreen exposes onto a width measuring 21.95mm and basic Maths tells us that the optical soundtrack area is therefore 2.94mm wide. In Techniscope the width is given as 22mm wide. see  picture 3 and 4 below.

Here you can see a piece of mylar black leader with racking lines and the area in Cyan where the optical soundtrack goes. (Here orientated on the right where it is in the projection gate, its on the left on the projection screen.)

If we image, via a lens onto the gate we can see in the picture on the right then any image produced in this area will not be seen in film projection but instead pass across the soundhead and produce some kind of audio. In the digital version of the Leader we can include the area as part of the complete visual design.

All this applies to a 16mm version where our gate, virtue of being a Super 16mm one means we can make exposures onto the optical soundtrack area.

So in our project the area designated for the soundtrack will be 2.94mm wide x 18.6mm high.

More simple Maths tells us that :

The Cinemascope (2.35:1) format as produced with film differs from digital in that a large area of film is exposed and before animorphic expansion has the Aspect Ratio of 1.18:1

Animorphic expansion is achieved optically via the projection lens and doubles the width ONLY of the image making 2.36:1 or therabouts.

In a DCP cinemascope setting, no animorphic expansion takes place (DCI projectors dont have these adapters typically) meaning that you use the full width of the 2048 resolution but crop down the height of the frame until you hit the right ratio.

The inclusion of ANIMORPHIC elements in the Leader remains something to research. I have never seen a leader that has this feature.

Lastly for the purposes of graphic waveforms printed or otherwise the Aspect Ratio of this band is:

Film and Celluloid often get used as indicators of the past and nostalgic bygones by way of its quaint materiality and its inscribed narrative obsolescence.

This prescribed view is sadly only set to become more normal and more popular as younger people discover the world of analogue film and fail to see the wider political environment of technological determinism and capitalist modes of expression management.

This project, AFIA seeks to intervene into this solipsistic culture by making a reversal of the found footage/re-appropriation method. Its also makes a direct address to the currently normalised technology of digital by lodging celluloid atifacts within an historically evolving framework of  Archival organisation that includes as many digital and networked layers of data and meta-data as possible, all hovering around a physical master original.

This project (currently only planning, pre-production stages) is designed as an intervention into artistic notions of the found, typically in the context of found footage and attempts to reverse it to become re-placed.

It also hopes to exist as a speculative and self generative project to engage with multiple audiences and direct material artefacts in a specific ‘Artistic’ ‘Market’.

AFIA produces silent film segments on 16mm film guided by a rigorous image aesthetic and use and articulation of content. These segments are then ‘listed and auctioned’ on popular internet auction service Ebay.

Offered as ‘found footage’, they constitute a practice of placement and archiving of contemporary images and a purposeful dissemination via collectors and multiple channels associated with private interests in moving images.

AFIA engages with the process of repurposing and recontextualisation implicit in Artists use of found footage. It attempts to reverse the given historic axis that says ‘found footage moves from a lost, private and past setting into a renewal of meaning afforded by its connection to Art.

AFIA enacts the dual function of activation of (re)/archiving film material of society for its future reference where content is guided by ideas around the specifics of a subjects projected future, ie urban phonomena, trees in landscapes, land uses, temporary street art, fashions as well as addressing the historic specificity of an medium by countering its normal presence in society. 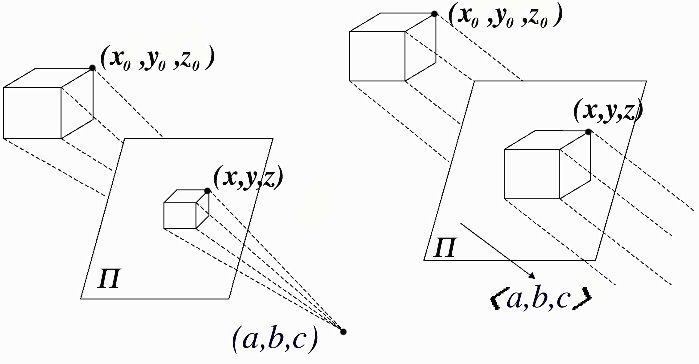 I am planning a book called Projection Tracts.

It will be based on several overlapping ideas and concepts that could be located around the function of ‘Projection’, although this function is understood in many different ways.

I am planning it as an Experimental Book. There is no overarching academic theory or remit and there is no assumed category or genre for the book. It will develop as a series of essays and seemingly technical ‘manuals’.

But technical cultures as found in film and cinema are ‘Read’ in a fashion which blurs the discourses of analysis and poetic exploration. Numerous academic texts are referenced and utilised both conceptually and in terms of their strategies and rhetoric.

They are seen as kinds of projections where ideas are transmitted through writing to a greater audience and just as the book fetishises various aspects of material apparatus and function through celebration of projection as an art so it also claims some of these thought-projections for its own exegesis, sampling, re-reading and re-projecting them again.

Here is an initial essay ideas list. No specific order. (everything projection except T) tangential)